“You are the salt of the earth; but if salt has lost its taste, how can its saltiness be restored? It is no longer good for anything, but is thrown out and trampled underfoot.” (Matthew 5:13) 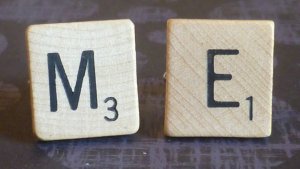 There once was a public servant who spent his entire life serving the public who continually voted him in. He was a decorated war hero who enlisted in the Army when he was eighteen. Following his military service, he put himself through college, then law school, and became a prosecutor who cracked down on criminals in his city. After years of service, he entered into the political arena and was elected to hold many different positions, including the mayor of his city.

One day, the mayor pulled up to city hall and found a car parked in such a way that his reserved parking spot was blocked. The mayor just couldn’t believe it! How could someone park in his spot! Didn’t they know who he was? Didn’t they know that he was the mayor, that he had spent his entire life serving the public, that he had earned that spot and was entitled to have it?

In a rage, the mayor called the chief of police directly and demanded that he take care of the situation!  “Get one of your boys down here and tow that car!” The mayor demanded. The chief of police, not wanting to stoke the mayor’s anger any further, immediately sent an officer to tow the car. Even upon the car being removed and getting his spot back, the mayor was seething over the incident.

Walking into the city hall, the mayor saw a woman sobbing profusely with a woman with another man sitting and sobbing next to her. “What’s going on,” the mayor asked?  The city clerk responded, that woman works here. She just found out that her son got into a car accident on the way to school and died. She called her husband who just came about ten minutes ago. He parked outside, ran in and as been with her since.” The mayor’s heart sunk. He just realized that the car he had towed belonged to the poor husband who had just lost his son and came to be with his wife.

As Christians, we spend day after day trying to do the right things. We go to church, we serve others (to the best of our abilities), we work tirelessly on building a legacy of faith for our children and their children. We come to expect things to be done a certain way, and we feel entitled to have it done the way we want because we have worked hard and earned it! We may find ourselves getting angry when we perceive that things aren’t “the way they should be” or that “we aren’t getting the respect we deserve.”

But why is it that we are doing what we do? Are we doing it to garner attention for ourselves? Are we “serving” so that, in the end, we might be served? Do we as Christians, as followers of Jesus the Christ, really believe that we’ve earned our keep and that we deserve or are entitled to preferential treatment? If so, Jesus says that we will get our reward.

We will garner attention and throw hissy fits when we don’t. We will look good to all of the right people, and we will trample the insignificant under our feet. Yet, if that is what we are doing, let us also be aware that we are trampling the very heart of God under our feet. Let us not wake up one day and come to realization, as the mayor above did, that we are no longer the person we envisioned ourselves as being; rather, let us join Christ in turning our own standards upside down. Let us start to see that the first shall be last and the last shall be first. Let us realize that we are never done serving and that God has called us to be agents of GRACE not benefactors of entitlement. Let your sense of entitlement go, in all areas of your life, and be filled with the Grace of God through our Lord Jesus Christ.

When I stand before God at the end of my life, I would hope that I would not have a single bit of talent left, and could say, ‘I used everything you gave me’. – Erma Bombeck

Lord, let me not ask what you, and others can do for me, but what I can do for you and for others. Amen.

One thought on “The Public Servant”