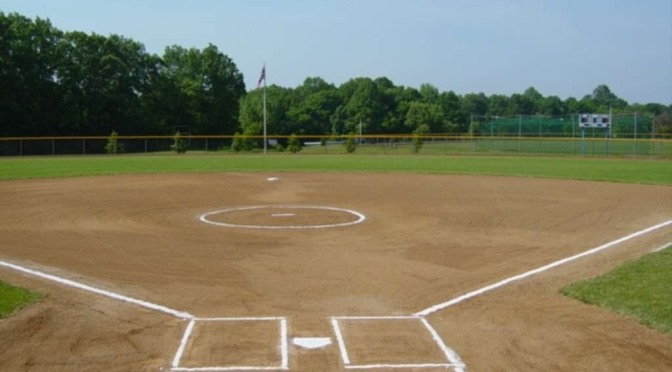 “All of this is for your benefit. And as God’s grace reaches more and more people, there will be great thanksgiving, and God will receive more and more glory.” (2 Corinthians 4:15) 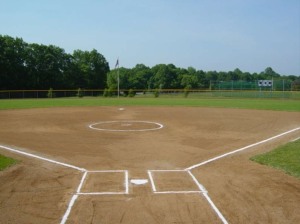 This year, both my daughters signed up to be on the recreational softball league for the first time.  This has been a good experience for them so far and they are really surprising me at how quickly they can pick up the rules of the sport and learn to play the game.  While it has been trying on my wife and I as we try to get the girls to their practices and games (which sometimes conflict with each other), it has also been rewarding for us as we get into the games and root for our girls and their teammates.

My daughters both have learned very quickly that you cannot swing vicariously when a ball is pitched to you.  They have also learned that you can’t just stand there, poised and ready, without attempting to swing at some of the pitches either.  After all, it only takes three strikes and your out!

Of course, we all know that. “Three strikes and your out.” We can all hear the umpire screaming: “Yeeee-ooo-uuu–rrrrr Ooo-uuu-ttt!!!” Those are the rules of the game and, we all know those rules carry on off the field to. We have all heard irritated parents tell their children, “Three strikes and your out.” I know I have been guilty of saying that to my children and I know I am not alone. “That’s strike one! Two more and you’re grounded!”

What we have been taught and, in turn, what we have taught our children, is that there is a limit to our grace. We even call that limited length of time a “grace period.” There is only so much room for error, there is only so much room for grace, before someone has gone beyond the point of no return. While this works in the context of a game, is this how God wants us to operate in our everyday lives?

Peter once approached Jesus of Nazareth to ask that very same question. Is there a limit to grace, is there a grace period followed by the point of no return. “Lord, how many times should I forgive someone? Seven times,” asked Peter?  Jesus responded by saying, “Not seven times, but seventy times seven.” Seventy times seven? If we do the math that equals four hundred ninety times! There’s no way any one of us could forgive that many times without losing count!

While God is not asking that we be pin cushions, or that we needlessly take abuse from people, God is asking that we always show the same grace to others that we ourselves have received.  We can remove ourselves from bad situation without removing grace from ourselves. If we do that, if we would just take the time to treat others the way God has treated us, then we would realize that there is no grace period for grace is eternal and timeless. Let the grace of God work in you so that you may bear that grace to others.

Give grace the same way you received it: with joy and thanksgiving.

Lord, I thank you for the grace you have poured out on me. I open myself to that grace so that I may show it to others. Amen.