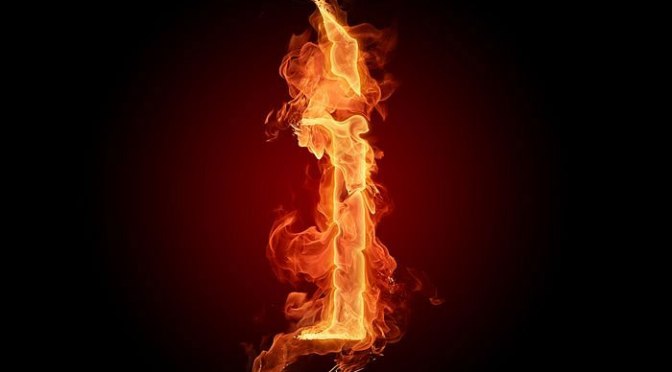 ALSO IN SCRIPTURE
“I am the LORD your God, who brought you out of the land of Egypt, out of the house of slavery; you shall have no other gods before me.” (Exodus 20:2-3 NRSV)

In his letter to the church in Galatia, the Apostle Paul is writing to a community that is divided over the issue of male circumcision: should new Gentile followers of Jesus be counted as a part of the Jewish covenant without being circumcised, or should they have to be circumcised just as all of the Jews are circumcised. Being that Christianity at the time wasn’t a religion, but a sect of Judaism, this was a VITALLY IMPORTANT question. While Paul is opposed to making Gentiles be circumcised, he also is against divisive behavior regardless of which side it is coming from. In response to this division, Paul describes to the Galatian church what he calls, “the works of the flesh.”

It is true that in Paul’s time, there were more and more Gentiles starting to believe in Christ and Paul played an instrumental part in that reality. It is also true that Paul’s Gentile converts were non-Jewish, many of whom were Greek and Roman. They were raised to believe in many gods, to worship in temples filled with many idols, and to even worship living people such as the Roman emperors; however, in context, Paul is not addressing “those” Gentile Christians, though his message would certainly apply to them as well; however, Paul’s message was addressed to the Jewish Christian community that was trying to force “those” Gentile Christians to be circumcised. It is to his fellow Jewish followers of Christ that Paul is speaking.

For Paul, the Jewish Christians weren’t literally worshiping idols; rather, they were were placing their traditions and their understanding of the law before what Paul believed God was doing in the world. What was God doing? God was radically opening up the covenant from being a Jewish-specific covenant to being a global covenant. All the Gentiles had to do was believe in Jesus Christ, to confess him as their Lord and Savior, and to dedicate their life to Christian service and they were brough into this covenant. No circumcision and no dietary restrictions were needed. To stand in the way of that, to put any agenda over and above God’s plan, was to participate in idolatry.

The question for us then is this, do we worship God above any other? Or do we put other things before God and God’s will for us? Do we worship the true God, or do we make gods of ourselves, our ideas, our agendas and our regulations? Do we put God first in our lives, or do we put money, success, doctrine, dogma, polity, sports, and other things before God? If we do the latter, then we have become idolators. If we have become a people who worship other gods, if we are a people who make gods out of the stuff WE DEEM to be important, then we are producing works of the flesh; rather than the fruit of the spirit. Let us put down our gods and pick up the Spirit and the love of Christ, for God is calling us to be open and LOVING and ACCEPTING of “those” people just as God has been open and LOVING and ACCEPTING of us.

THOUGHT OF THE DAY
“To get overprotective about particular readings of the Bible is always in danger of idolatry.” – N. T. Wright

PRAYER
Lord, guard my heart away from false idols that lead me away from your Spirit of openness, love, and acceptance. Amen.