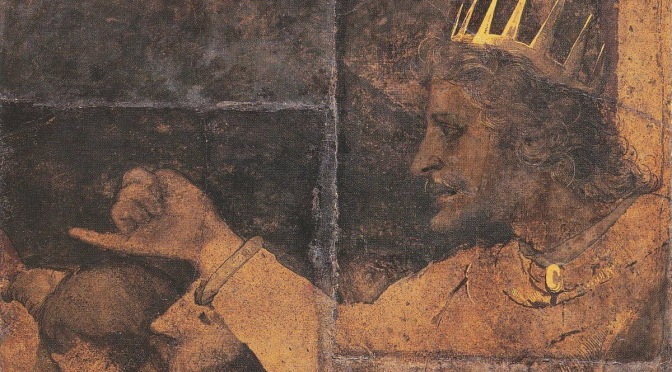 “There is more hope for fools than for people who think they are wise” (Proverbs 26:12 NLT)

Part 62: Rehoboam. Rehoboam was the son and successor of King Solomon. As was discussed in the last devotion, Solomon had done some pretty spectacular things while reigning as king of the United Kingdom of Israel. He had built the Temple in Jerusalem. He had opened up trade with other nations and kingdoms. He had successfully promoted tourism to his kingdom and was a great diplomat.

With all of that said, Solomon lived and extravagant lifestyle, often on the backs of the people he was ruling. To build the temple, Solomon conscripted 30,000 men from all of Israel to do the work. In other words, he forced people to build the Temple. Praise God, right? The Temple in Jerusalem also hurt the other places of worship around the land, because the Temple became the center of Israelite worship. This may or may not have been mandated by Solomon (though it would be mandated later, under Josiah), but the sheer spectacle of the building drew people to it.

What’s more, to fund his lavish building campaigns, Solomon taxed the people blind. Add to that the fact that he had a ton of wives, many of whom were not even Israelites and worshipped foreign gods, and you’ll begin to get the picture as to how unpopular King Solomon eventually became. Solomon even began to openly worship some of the gods that his wives worshipped. To make a long story short, the people felt under-represented by their king.

That is unfortunate, especially for Solomon’s son, Rehoboam, who had to succeed him. For one, Rehoboam’s mother was one of the non-Israelite women that Solomon married. Though it was of no fault of his own, the new king was instantly at odds with his people. He was the embodiment of what people thought was wrong with King Solomon’s reign, and in the end he was not able to secure his rule over the United Kingdom of Israel.

Even more unfortunate is that Rehoboam refused to listen to the people, and refused to care about their needs. Instead of listening to them and alleviating their burdens, Rehoboam doubled down on this father’s policies and, actually, made them worse. He ignored the advice of his father’s advisors and listened to the foolhardy advice of his friends, who advised him to raise the taxes and double the burdens of the people. This act brought major division to the doorstep of the United Kingdom of Israel. What David fought so hard to create, his son and grandson destroyed overnight.

“We must learn to live together as brothers [and sisters], or we will perish as fools.” (Rev. Dr. Martin Luther King, Jr.

Lord, help me to steer clear of the pit of foolishness and forever guide me in my life. I surrender all to you. Amen.