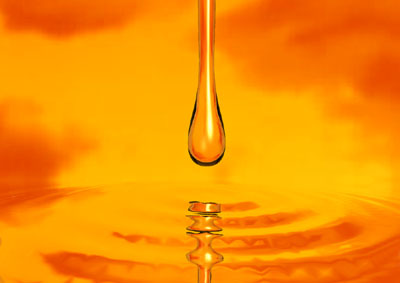 ALSO IN SCRIPTURE
“No, O people, the LORD has told you what is good, and this is what He requires of you: to do what is right, to love mercy, and to walk humbly with your God.” (Micah 6:8 NLT)

When you hear the word Messiah, who do you think of? When you hear the word Christ, what do you think of? Some of you may know that the words Christ and Messiah mean the same thing, that “messiah” is the English equivalent of a the Hebrew word “mâshı̂yach” (מָשִׁיחַ) and “christ” is the English equivalent of the Greek word “christos” (Χριστός). My guess is that when most people hear the phrase “messiah” or “christ”, whether they or Christian or not, they immediately think of the man who ended up becoming the figure head of the Christian religion, Jesus of Nazareth. Some may even mistakenly think that “Christ” is Jesus’ last name!

I am very certain that when most people hear the words “messiah” or “christ”, they do not think of Cyrus. In fact, if I were a betting person, I would bet that most people would not even know who Cyrus actually is. As it happens, Cyrus was the king of Persia. He ended up being the ruler who took over the kingdom of Babylon after it fell to the forces and the might of Persia. Within Babylon were the people of Judah who had been exiled there because of their trying to ally with Egypt against Babylon. When that happened, King Nebuchadnezzar of Babylon beseiged Jerusalem and, upon overtaking it, forced all of the leaders, the Temple priests, the scribes and people of import were exiled from Jerusalem and relocated in Babylon.

Once Babylon fell to Persia, King Cyrus (who was not a Jew and had no in depth knowledge of the Jewish religion) let the Jewish people return back to Jerusalem. What is even more striking than that, is that Cyrus seemingly had no agenda other than to just let them go home. He didn’t require them to send any money back to him, or pledge their loyalty to him in any way; rather, he simply let them go home to rebuild the city of Jerusalem and its Temple. In response to that, the Jewish priests and scribes wrote of Cyrus that he was the LORD GOD’s “anointed one”, or Messiah (which is “Christ” in Greek). Let me reiterate that. Cyrus, the non-Jewish, polytheistic, war mongering Persian King was the Messiah…the Christ…the LORD’s anointed one.

I bet you didn’t see that one coming. The Hebrew Scriptures are filled with such richness that really help point us to the nature of God. If we read Scripture carefully, there were many messiahs. Saul, David, Solomon, and every other King of Israel were all the LORD’s anointed ones. That’s different than being “the Messiah”, the one that some of the first century Jews were looking to come and rid them of their oppressors and reestablish the line of King David forever; however, there were many messiahs and each one of them were anointed by the LORD’s prophets. There really is nothing unusual about a king, or others, being called messiah. What is unusual is that this particular king does not even know, let alone worship, the God of Israel.

THOUGHT OF THE DAY
“This is not the time to shrink back in fear. This is the time to move forward in Faith. Get up every morning knowing you are anointed. You are equipped. You are empowered. You have everything you need to fulfill your destiny.” – Elton Sibiya

PRAYER
Lord, allow me to step out in faith, to see that you have anointed me to fulfill the work of love, compassionate justice, and mercy that you began at the outset of the world. Allow me to act upon that knowledge in service of others. Amen.