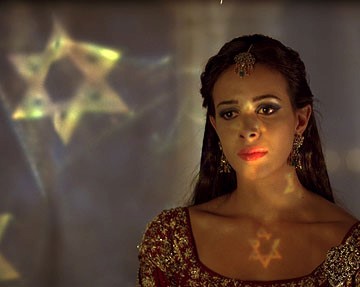 ALSO IN SCRIPTURE
“Now I say to you that you are Peter (which means ‘rock’), and upon this rock I will build My church, and all the powers of hell will not conquer it.” (Matthew 16:18) 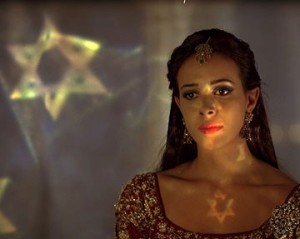 A few weeks ago I wrote about how much we invest in our names. I spoke of my reflecting on my own name, and what made me a “Todd” as opposed to any other name. From the time we’re born to the time we die, we learn, define ourselves by, and completely invest in our names. Some of us, certainly exceptions to the rule, bemoan the names we have been given and even change them. Whether we accept our given names, or we rename ourselves, we certainly settle on a name and invest all of ourselves into that name.

This must have been the case for Hadassah, a young Jewish woman who lived in exile in Babylon with her uncle Mordecai. The root word of her name means Myrtle tree, which had a pleasant fragrance. The righteous were often referred to as hadas (or Myrtle) becuase they were likened to good trees with a pleasant smell. What a name that she was given, a name that surely reminded her that she was called to be righteous, to be pure, to be faithful to her God. In that day and age, a righteous woman was one who married, was faithful to her husband, and was one who gave birth to and raised her children. All of these definitions, and I am sure more, were embedded in Hadassah from the time she was born.

Yet, as is often the case, circumstances ended up changing everything for this young Jewish woman. The King of Persia, who happened to be Xerxes who also fought against the 300 Spartans (for those of you who are history buffs), had banished his queen for disobeying him and commanded all of the beautiful, young, virgin women in the Persian empire to come to his harem in Susa, which was where the King ruled his empire from. Unfortunately for Hadassah, she was one of the many women who were brought to this harem, which the part of a palace where the king keeps all of the virgins that he exclusively claimed conjugal rights on.

This means that Hadassah went from being a righteous and pure girl (according to Jewish law) to the sex slave of the King. He would sleep with those women in his Harem. If he was pleased with one he could pick her as his next queen; however, if he wasn’t he could put her in the second harem as a concubine and move on to the next woman. Before being sent to be at the King’s disposal, Mordecai renamed Hadassah with a Persian name, Esther. He told her to use that name so she could hide the fact that she was Jewish. The rest goes down as legend. Esther does win the heart of the King and, eventually, saves her people from genocide. But let’s not cheapen Hadassah had to do. She had to abandon who she felt she was called to be, she had to abandon her own name and identity, in order to become a “disgrace” to the very law that she tried so desperately to fulfill and uphold.

Yet, as we see in the story, God does not define us by the names or definitions we give to ourselves. My mom always told me that God knows our heart and measures us on where our heart is. Clearly, this is the case for Hadassah. Initially her name, her family, her religion, her dreams and aspirations all defined who she was; however, God saw who she truly was. She may not have felt righteous in the harem at the fortress in Susa; however, she was righteous in her heart and, as a result, God brought her honor and the adoration of both a King and an entire people. She went from a girl exiled, to the queen of the very kingdom she was exiled to. In the end, her FAITH and her FAITHFULNESS defined who she was!

We can learn from Hadassah. We cannot change the way our lives often play out and we cannot always control the circumstances that affect our lives; however, we can trust in God and look to God to define who we are. Our FAITH and our FAITHFULNESS defines who we are. Place your faith in God, and trust in God to lead you through the curve balls that life throws at you. Be a person of FAITH and watch the wonders that God will work in and through you!

THOUGHT OF THE DAY
“God doesn’t judge us on what’s outside; rather, it is what is inside that counts.” – Katherine A. Lattig

PRAYER
Lord, you know my heart, even when my actions don’t line up with it. Please, allow me to be who you have called me to be as that is my heart’s true desire. Amen.