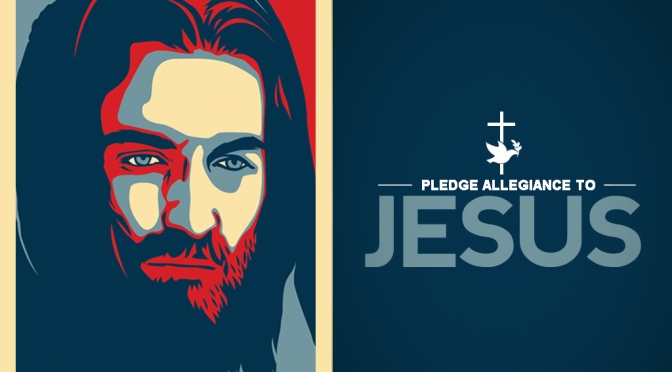 ALSO IN SCRIPTURE
Wherever your treasure is, there the desires of your heart will also be. (Luke 12:34 NLT) 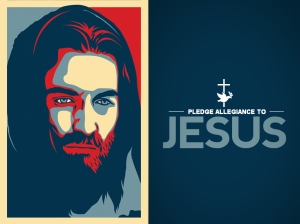 If you are at all like me, you are probably growing very weary of the American political campaign for the Presidency of the United States of America. It does not matter where in the world you are while reading this, you have no doubt heard the names Donald Trump and Hillary Clinton. Donald, of course, is now the presumptive GOP nominee, and Hillary is looking like she will be.

I have never used my devotions, or the pulpit, to talk politics and I do not intend to now; however, I have used both platforms to talk about specific spiritual and theological issues that are connected to or implicated by political issues. I am called to speak out prophetically on issues that concern all Christians, regardless of where, when and how those issues arise. Thus, I do so now.

The political climate in America is so divisive and malicious that the country has become a battle ground for a war being waged between very contentious and controversial candidates. We have Donald Trump who has said very hurtful things about fellow candidates and about certain groups of people. We have Hillary Clinton who is caught up in a plethora of scandals and has trust issues among voters. We also have Bernie Sanders who identifies as a Democratic Socialist, who has tried to maintain a campaign focused on the issues important to him, but who has also stepped up the rhetoric by accusing the Democratic Primary System of being rigged and stacked against him and the people.

Worse than the candidates, many religious figures have stepped into the political fray in order to demonize those within their own religious groups who are supporting a candidate different than theirs. Unfortunately, many Christians have followed suit with that. It’s as if such people now identify Christ and Christianity with a certain party or a certain political ideology. Conservative Christians see Christ as socially conservative. Progressive Christians see Christ as socially progressive, and anyone who disagrees with either side must not be a Christian. This is the sad, but unfortunately true, state we American (and dare I say Western) Christians find ourselves in nowadays.

I have family, friends, and colleagues who are on both sides of the political divide. Some of them who are progressive look down on Trump supporters as ignorant, angry, racist, white people of privilege. Some who are supporters of Trump and/or identify as conservative, view the Clinton and Sanders supporters as a threat to the economic stability and American traditions that “made America great” and accuse those supporters of “wanting to fundamentally change and destroy our great country and freedoms.”

Ironically, the progressive view of conservatives is very elitist and sounds awfully similar to the accusations that the Jewish and Roman elites used against Christ and the early Christians. Yet, a word to the wise, ignorance comes in many forms and a college education does not guard against it.  Conversely, the conservative view ironically sounds awfully like the view that the Jewish and Roman leaders held against Jesus, and a lot like the mob mentality of the Romans as they threw Christians, who were seen as being out to destroy Rome’s greatness, to the wild beasts.

What I am going to say may come as a shock to some, and perhaps less so to others, but it is as truthful and honest as I can be. Jesus Christ does not give a damn who you vote for. Christ is not Republican and Christ is not Democrat. Christ is not Amercian and Christ is not the figurehead of Western Civilization. Christ, and Christ alone, is LORD of all Creation! What’s more, there are Christians on all sides of the political divide and their vote does not make them more or less Christian.

What makes us Christian is CHRIST. If our hearts are centered on Christ, then we are Christian. None of us are perfect in that and we serve a God of grace. Christians can and should vote, and I wouldn’t state otherwise. But voting is your national duty, not your Christian duty. Vote for who you are going to vote for, and have the grace and love to let others do the same. In the end, whoever wins will win and, in the end, their term(s) will come to an end. Christ’s reign will NEVER come to an end. What Christians are required to do is follow Christ and and lead others to do the same through their example of Christian love and service. I pray that, whatever your political beliefs are, your true and only allegiance is pledged to CHRIST OUR LORD.

THOUGHT OF THE DAY
As we seek out someone to “save our country”, we forget that we are to pledge allegiance to the ONE who saves our world.
PRAYER
Lord, guide me to pledge my allegiance to you over and above anything else. Amen.