ALSO IN SCRIPTURE “So we are Christ’s ambassadors; God is making His appeal through us. We speak for Christ when we plead, ‘Come back to God!’” (2 Corinthians 5:20 NLT) 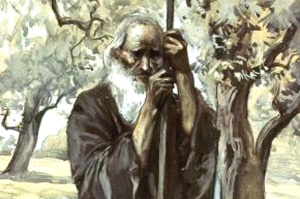 Part 97: Obadiah. You may be scratching your head right now and thinking, “Wait a minute, didn’t he already write about Obadiah?” Indeed, I have written about Obadiah; however, that Obadiah is not to be confused with this one. The first person with that name that I wrote about in part 70, if you remember, was a majordomo (aka someone who spoke on behalf of the king and was in charge of his affairs). He was, in that role, employed by the wicked King Ahab and sent by the king to speak on his behalf to the prophet Elijah; however, we also learned that this majordomo was a devout follower of the LORD and he was helping to save the prophets from being captured and executed by the king.

This Obadiah, however, was not the same person. This one was a prophet in Judah during the war with Babylon and the exile that followed it. His prophecy was written sometime after the exile and was directed not against the Kingdom of Judah; rather, it was against the Kingdom of Edom. In order to understand the reason for this prophecy, we need to understand who the Edomites were. This is where all of the lineage in the Bible becomes important to understand.

If you recall, Isaac, of whom I wrote about all the way back in part 9 of this series, had two sons: Esau and Jacob. Jacob had stolen Esau’s birthright and, thus, became the heir to his father’s lineage and estate. Esau, resentful toward his brother, hunted Jacob down for years and years hoping to kill him. While the two brothers did reconcile, Jacob went on to become the successor and Esau did not. Instead, Esau went on to become the ancestor of the Edomites, a related but lesser “cousin” to the Israelites who descended from Israel (aka Jacob).

Thus, the Edom was related to Judah (named after one of the 12 sons of Jacob). Yet, when the Babylonians besieged and entered Jerusalem to conquer it, the Edomites joined forces with King Nebuchadnezzar II and helped him loot the city. They rejoiced at the destruction of Jerusalem and they helped the Babylonians intercept and kill anyone who was trying to escape. Thus, Obadiah cried out, “Because of the violence you did to your close relatives in Israel, you will be filled with shame and destroyed forever.” (Obadiah 1:10)

This, for us, should be a reminder that our actions and attitudes do not end with us; rather, the carry on and on for generations and generations. Jacob wrongly stole the birthright from his brother Esau, who resented him for it. Regardless, the Israelites become the prominent people and the Edomites (descendants of Esau) became their subjects. During the reign of the kings of Judah, Edom was their vassal state. Thus, just as Esau became subject to his baby brother Jacob, so did the Edomites become subject to the Kingdom of Judah.

It is important for us to realize that our attitudes toward others, and the way we treat them, don’t die with us. We teach our children to think and act that way and we pass our biases and our sins right down to them. Their actions and attitudes eventually get passed to their children and so on and so forth.

What’s more, it is important for us to realize that apart from the grace of God, through Jesus Christ, there is nothing we can do to change the effects of sin on our lives and the lives of those we influence. With that said, if we just turn our hearts and our minds to Jesus, if we let Jesus take over and become Lord of our lives, then we can overcome the sin and begin to reverse the effects of it in our lives, in our children’s lives, and in the lives of people living in the world around us. In Jesus Christ, we can overturn the kingdom of sin and become ambassadors of the Kingdom of God.

THOUGHT OF THE DAY “I felt I did trust in Christ, Christ alone for salvation, and an assurance was given me that he had taken away my sins, even mine, and saved me from the law of sin and death.” – Rev. John Wesley

PRAYER Lord, I forgive me of my sins and navigate me toward your righteousness. Amen.