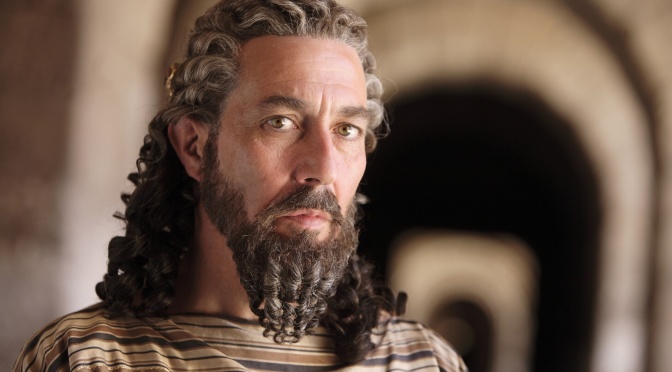 ALSO IN SCRIPTURE
“When Herod died, an angel of the Lord appeared in a dream to Joseph in Egypt. ‘Get up!’ the angel said. ‘Take the child and his mother back to the land of Israel, because those who were trying to kill the child are dead.’”  (Matthew 2:19-20)

Part 122: Herod. What can be said about Herod the Great? Like any human being, Herod’s life weaved in between good and evil. There were many that he did that put Judaea on the map, not just in his time period, but throughout time. Some of those feats were amazing; however, Herod, like many rulers before and after him, was utterly corrupted by power and he let nothing stand in the way of his ambition.

To be balanced, let’s quickly look at some of the “amazing” feats of King Herod. First, he was born in about 74 or 73 CE in Idumea, which is also known as Edom and lies due south of Judaea and Moab (where Ruth was from). Traditionally, the Edomites were NOT Jewish and worshipped gods such as Quas, El, Baal, and Asherah; however, post-Exilic Edom did convert to Judaism and so Herod was raised up as a Jew.

Herod became known as “the Great” not because he was a great guy, but because he had spent his reign undergoing major building campaigns, many of which can be seen (in part or in whole) today. He built fortresses such as Masada and Herodium, developed water supplies for Jerusalem, established new cities such as Caesarea Martima, and erected tombs and monuments such as the Cave of the Patriarchs.    He and Cleopatra had a stronghold over asphalt mining in the dead sea. That was used for ship building. Furthermore, he leased copper mines from the Romans on Cyprus.

With that said, Herod was a despot and a tyrant. He had one of his sons and his wife, along with several other family members, put to death. He had secret police spying on common people to “feel out” whether they were malcontent and a threat to his rule. Protests were prohibited and he had no problem removing people by force.

He put any and all who opposed him to death and he taxed the life our of his Jewish subjects so that he could continue to fund his building campaigns. He showed little respect for the laws of Moses and had a Roman Eagle placed in the Temple in honor of Rome. What’s more, this is the same Herod who is reported in the Gospel of Matthew to have ordered the deaths of tons of first-born children up to 2 years old in order to kill any potential messiahs being born in the city of Bethlehem.

It is under this despotic king that Jesus was born, and it is this king that sent Mary, Joseph and Jesus fleeing into Egypt as refugees. In the end, Herod’s lavish lifestyle and his tyrannical power came crashing to a hault once he died. He was the last person to be sole king of Judaea. From his death onward, the province was under the rule of three tetrarchs who were overseen by the Roman Procurator or Governor. This reality should remind us that as in power as we might think we are, we are powerless apart from God. Let us be challenged by that and join forces with God as opposed to against God.

THOUGHT OF THE DAY
We are powerless apart from God.

PRAYER
Lord, you alone are my rock and redeemer, and I trust in the power of your name. Use me in a way that brings hope, healing, and wholeness in this world. Amen.