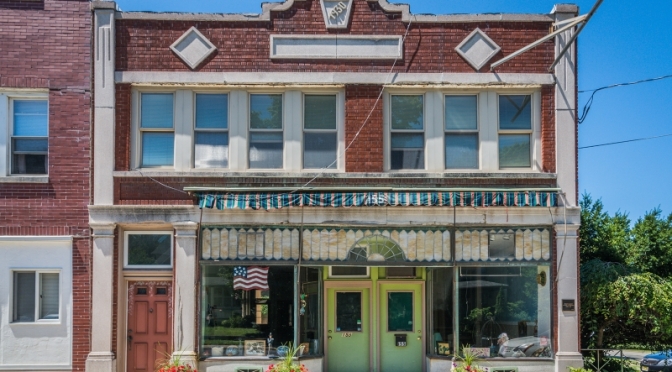 ALSO IN SCRIPTURE
“When they heard this, the people in the synagogue were furious. Jumping up, they mobbed him and forced him to the edge of the hill on which the town was built. They intended to push him over the cliff…” (Luke 4:28-29, NLT).

Part 191: Hometown. There is something special about the town in which one grows up in. For me, I grew up in a fairly small town in Sussex County in the northwestern part of New Jersey. During the time I was in seventh and eight grade, my hometown had population of around 4,977. The town is geographically small, being nearly 4.6 square miles.

There is something special about one’s hometown and the nostalgic memories that surface when one reminisces about times gone by and all the experiences one had. Certainly, for those who didn’t move on a constant basis, people’s lives are rooted in the places they grew up. The good, the bad and the ugly. It is also true that those who moved around a lot as a child can feel like they don’t really have any roots. Hence the Alice Merton song Roots, in which she sings: “I build a home and wait for someone to tear it down. Then pack it up in boxes, head for the next town running. ‘Cause I’ve got memories and travel like gypsies in the night. I’ve got no roots but my home was never on the ground…”

Yet, there is a more dark and pernicious side to one’s hometown too. There is a side that is more hidden in the proverbial dark basement that doesn’t come out until the moment one begins to question the order of things. Jesus found this out in his hometown. Hometowns love their own, so long as they stay exactly in the place they’ve always been.

Had Jesus remained the carpenter from Nazareth, no one would have had qualms with him. But the Jesus that returned to Nazareth following his baptism and temptation in the desert was not the same Jesus that had left Nazareth seeking the will of God. The Jesus who returned was not the carpenter, but the Son of God focused to draw people unto himself so that they might be saved.

This Jesus healed. This Jesus taught. This Jesus drew a crowd and, in front of that crowd, called the religious, community and political establishment, as well as individuals, to account for their waywardness. This Jesus claimed that He was the fulfillment of Isaiah’s prophecy on the coming Day of the Lord, and this Jesus was claiming to be THE MESSIAH, the promised one who would deliver Israel!

The Nazarenes could not accept that precisely because they thought they knew Jesus. He was the carpenter’s son, the son of Mary, the brother of James, Joseph, Simon, Judas, and his unnamed sisters. How could Jesus be the Messiah? How could he dare to come into the synagogue and preach us. Who died and gave him that authority?

It’s easy for us to point a finger at Nazareth and question them on their disbelief, but are we any better? How many of us think we KNOW Jesus? Yet, do we really KNOW Jesus? Would he walk into our homes and churches and feel at HOME? Or would he find us to be an unwelcoming place? Would we change our hearts at his guidance and direction? Or would we kick him out of our sanctuary and try to throw him over a cliff?

The challenge for us is to NOT be that kind of a hometown; however, in order to avoid that we need to expose the underbelly of our homes and places of worship. We need to stop seeing ourselves as sinless and in no need for improvement. We need to stop labeling little Joey and little Betty as being x, y, and z; rather we need to accept people for who they are in the moment, not who we think they are based off of who they once were.

Finally, we need to challenge ourselves to be open to critique and we need to be self-aware enough to admit when we’ve been called out for being in error. Yes, we need to be discerning and not all critique is true or honest; however, we need to at least hear the critique in a balanced and reflective way before we could ever be able to discern if it is from God or not. Be open to the correction of the spirit and be an exception to the rule that a prophet is not welcome in his/her hometown.

THOUGHT OF THE DAY
Be careful that you are not the one rejecting Jesus because He doesn’t meet up to your qualifications; rather, we need to open ourselves to Christ so that, by grace, we may be conformed to his expectations.

PRAYER
Lord, mold me and shape me into the disciple you’re calling me to be. Amen.