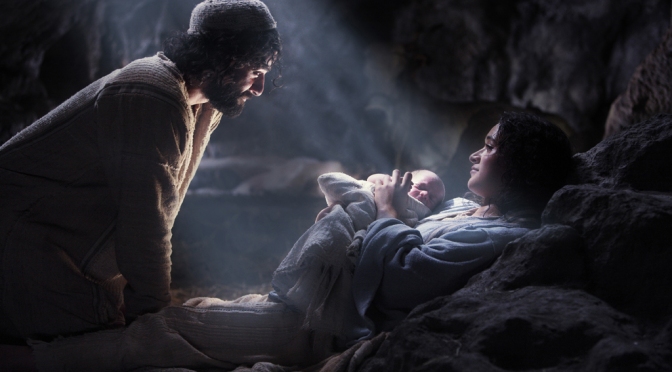 ALSO IN SCRIPTURE
“For the LORD gives wisdom; from his mouth come knowledge and understanding; he stores up sound wisdom for the upright; he is a shield to those who walk blamelessly, guarding the paths of justice and preserving the way of his faithful ones.” (Proverbs 2:6-8)

A few years back a movie was released that got me thinking in a new direction regarding the birth of Jesus.  The movie is called “The Nativity Story” and it follows Mary from the point of accepting Gabriel’s message of divine conception to her giving birth to Jesus in Bethlehem. While this film certainly displays the faith of Mary, and shows just how brave she would have to have been in order to accept such a path as God had laid out for her; however, it did not only show the courage and faith of Mary. This story also showed the immense faith, and faithfulness, of her husband Joseph.

Of course, initially Joseph did not know what to make of Mary’s claim that God’s Holy Spirit had impregnated her.  Can you seriously imagine what such a claim would sound like if you were on the receiving end of it? Who can blame Joseph for having his doubts. Yet, following a dream Joseph wakes up and decides that he is going to believe Mary.  Now, he could have woken up and said, “Man if only that wasn’t a dream!” He could have woke up and carried on in his disbelief. But he believes the voice in his dream telling him to fear not.

Yet, the story does not end there. There is a census that the Romans have ordered and Joseph must travel with his pregnant wife to the city of Bethlehem. From Nazareth, that is 80 miles that he had to travel on foot.  Mary rode on a donkey while Joseph traversed on foot the dry, dangerous wilderness that lay between Nazareth and his final destination.

In the movie, there is a scene where Joseph and Mary are resting on the side of the road and Joseph is sound asleep. Mary begins to take off Joseph’s sandals, and upon seeing his broken, cracked and bloodied feet, she begins to wash them.  As she does she speaks softly to the child in her womb, “My Child, you will have a good and decent man to raise you, a man who gives of himself before anyone else.”

The beauty of this revelation is that it doesn’t end with Jesus.  God has called each of us to the kind of faithfulness that Mary and Joseph were called to.  Each of us are called to be blessings in the lives of others, whether it be in the lives of our own children or in the lives of someone else’s child.  In fact, regardless of age, we are all God’s children. God is calling us to “be a good and decent people, people who give of themselves before anyone else.”

The Word did not become flesh so that we sit back and admire it. Rather Jesus came to show us the way, the truth and the life; Jesus came to show us that we can be faithful and positively impact the lives of those around us. We can be like Joseph: though he wasn’t perfect and though he made his mistakes, he never gave up on his faithfulness to God, to his family and to those around him. Let us not just remember Joseph, but let us live like him.

THOUGHT OF THE DAY
“Success certainly isn’t achievement of popularity. Success in God’s kingdom is loving God, loving one another, and being faithful to what [God’s] called us to do.” – Gabriel Wilson

PRAYER
Lord, you are my guide.  Continue to lead me down the path of faithfulness just as you did with Mary and Joseph. Amen.