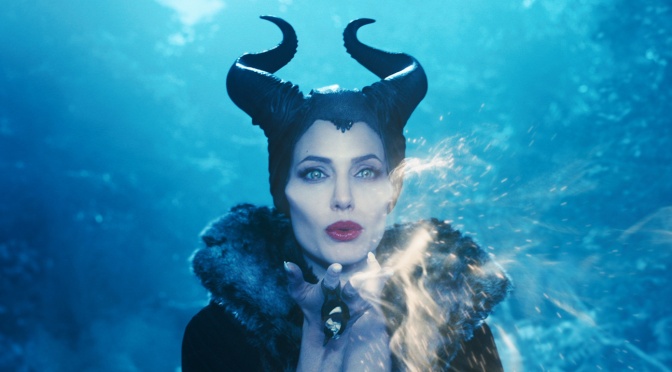 Boy do my wife and daughters know how to make me feel special. Several years ago, for Father’s day, following church and fellowship, they treated me out to see: Disney’s “Maleficent”, which stars Angelina Jolie in the title role. What a spectacular film to get to see and it actually exceeded my expectations, which were quite high, in ways I never foresaw.

While I am not going to ruin the film with spoilers, I will address a theme that is predominant in the film in a way that does not give away anymore of the plot than the trailers and/or previews give. The movie starts off with a young fairy named Maleficent, who was actually anything but Maleficent. She was kind-hearted, thoughtful and filled with the love of life. But all of that changes after her heart, her trust and her hope are broken because of the evil deeds of a greedy and vengeful king.

The evil that was perpetrated against her land, and the evil that was perpetrated against her and her kind, caused her to grow angry and resentful. It drove her to hate the king and all humans for what they had done toward her. It spiraled her downward into becoming a hellish, shadowing, and vengeful queen seeking to bring curses against the ones who sought to destroy her. Evil had begotten evil.

For those of you who have seen the original Walt Disney classic, Sleeping Beauty, you know what becomes of Maleficent and what the evil begotten above did to her. Evil never stays in one place and it found it’s way into the life of an innocent girl named Aurora, who was to be princess of the land. Because of Maleficent’s evil curse, this princess was doomed to be in a “sleep like death”, which could only be broken by “true love’s kiss.” What a sad and tragic story indeed. Where does the evil end?

Some of you might be screaming, “Time out! Why is it that this world wants you to sympathize with the villains? Who cares why Maleficent did what she did?!?! It was wrong and there is no excuse for it!” That is true, there is not excuse for the evil that Maleficent perpetrated on others; however, the world is not so black and white. It is easy when we look at the Maleficents of the world and point the finger, but not so easy when we are forced to look in the mirror at ourselves. How has evil affected you? How have you let the hurts you’ve endured and the challenges that you have faced to effect you? Have you ever lashed out at others because you yourself were hurt and/or vulnerable?

For each of us, the answer to these questions and others like them will be different. Each of us carries around our own set of baggage. Each of us have fallen short of the glory of God (Romans 3:23) and have been a participant in sin, and even evil, whether we realize it or not. The point of this is not to shame you or make you feel guilty, but to humbly liberate you from the judgmentalism we so often get trapped in.

Sitting in the judgment seat of God (as Maleficent ended up doing), is not the way to stop evil in its tracks; rather, the best way to stop evil is to simply choose not to participate in it and to counter act it with our love and compassion. We have the choice to repent of our own participation in evil, to reject its pull on our lives, and to rise up out of it with the strong wings of God’s grace. Though we have all suffered, one way or the other, as a result of evil…we can choose not follow suit. So, say NO to evil and YES to the “true love” that God is willing to fill you with.

But I say to you, Love your enemies and pray for those who persecute you, so that you may be children of your Father in heaven; for he makes his sun rise on the evil and on the good, and sends rain on the righteous and on the unrighteous. – Jesus of Nazareth, Matthew 5:44-45

Lord, pull me away from temptation and deliver me from evil. Fill me with your forgiveness so that I may forgive. Amen.