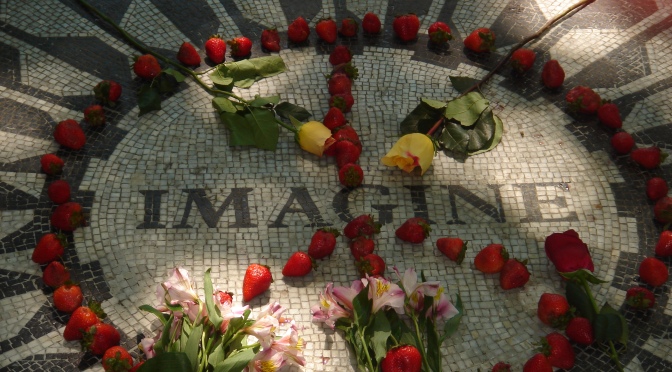 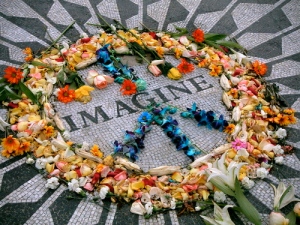 I was just listening to the song “Imagine” by the late, great John Lennon. The song has long since been heralded as the global anthem of world peace and was Lennon’s best selling song of his entire solo career.  The song challenges the listener to imagine a world without possessions, without war, without greed and poverty.  John takes things that are commonly held to be the cause of war and suffering, and challenges the listener to imagine a world where those things didn’t exist, which John assumes would be a world where the “world would be as one.”

At the top of John Lennon’s list of things to imagine the world without, was the notion of heaven, and conversely, the idea of hell.  To the Christian, such lyrics should make us pause. Why would John Lennon want us to imagine a world without heaven?  What would such a world be like? John then takes it one step further and ends that verse with this, “Imagine all the people living for today.”  For John Lennon, the concept of heaven is one that is foreign to this earth. It is a place far, far away; it is a place that is someplace other than this earth.

Christianity has often taught that this world is something to be discarded, that we are to await “a place that is far better than this world.” Heaven has been taught, by Christians, to be the very antithesis of Earth. Yet, in the Bible we find a different understanding of heaven.  Jesus didn’t speak of the Kingdom of Heaven as a place that was far, far away; rather, for Jesus heaven was right here, right now. Jesus taught that not only could we see and experience heaven on earth, but that we could inherit it. All that we needed to do was open our hearts to God and see the world through God’s eyes.

For Jesus, heaven and hell were the opposite sides of the same coin. As he walked the streets of Galilee and Judea, he saw hell all around him. Starvation, extreme poverty, disease, neglect, abuse, and other terrible things are all examples of the hell Jesus witness all around him. His entire country was experiencing the hell of being occupied by the oppressive and tyrannical Roman Empire.

While John Lennon is calling for us to imagine there to be no heaven out there in the sky, he is also calling us to imagine a world in which heaven exists here on Earth.  But he has missed an important truth that Jesus has been pointing us to all along: we don’t have to imagine heaven on earth…we only have to live it.  Pointing to others not living it is not proof that it doesn’t exist. It does exist if WE choose to LIVE it!

Imagine what would happen if you stopped imagining and started living what you imagined.

Lord, I thank you for my imagination and for equipping to make what I imagine become a reality. Guide me to be your shining light, witnessing to the reality of heaven! Amen.