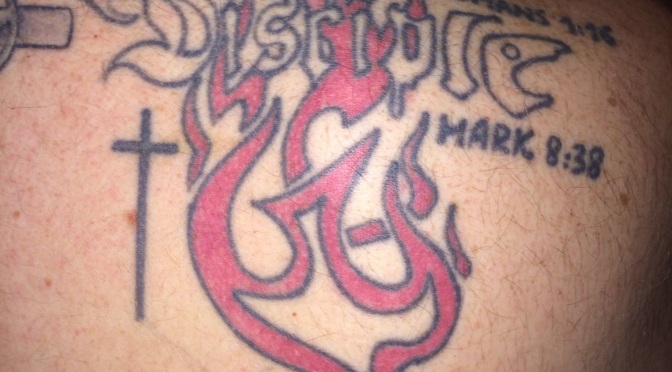 “Your love for one another will prove to the world that you are My disciples.” (John 13:35)

When it comes to how Christians should treat each other regarding theological and doctrinal differences, there is a seventeenth century quote that says, “In the essentials unity, in the non-essentials liberty, in all things, charity (meaning love).” Yet, it seems as if that is much easier said than done in Christianity, or any religion for that matter. People tend to invest themselves in their religions, and they identify themselves by their beliefs, and so doctrines and theologies become awfully personal.

As such, attacks against one’s beliefs often ends up getting translated as an attack against oneself. I have, no doubt, been both on the receiving and the giving ends of those attacks. If we are honest, most of us have been. Sometimes when one questions someone’s beliefs, he or she is not meaning to “attack” at all; however, it gets interpreted that way because of the personal nature of faith. Yet, there are many times that one just vehemently disagrees with the beliefs of another, often feeling that their beliefs are threatened the opposing beliefs of another, and so they react in ways that are both spiritually damaging and ungodly.

Sometimes it isn’t even beliefs that called into question, but personal practices or forms of expression. For instance, I have been questioned before because I have eight tattoos. I have been asked, “What would Jesus think of you having those tattoos? Surely, you must know that Jesus was a good Jewish boy and he would not have condoned your marking your body up like that.” What does one say to such a comment? It is true that Jesus would not have been down at the tattoo parlor getting WWJD and fish symbols tattooed to his body; however, it is also true that Jesus wouldn’t have been eating shrimp. He wouldn’t have eaten pork. He wouldn’t be wearing clothing with mixed fibers (e.g. shirts made with cotton and polyester). Yet, the majority of Christians have no problem eating and wearing such things.

Of course, I could go on quoting Jesus on what defiles a person, or perhaps quoting Paul on how Christians are free to do all things in Christ, though not all things are beneficial. But that is beyond the point. How do we, as people of faith, live into the quote above? First off, what are the essentials? It seems that there are no groups of Christians that can agree on just what the essentials are. One group will hold the Apostles Creed as the essentials; however, other groups might dispute one or more of the Apostle’s Creed as essential. What’s more, even if they accept the Apostle’s Creed as essential, they might interpret its parts differently than others, leading to conflict. If people can’t agree on what is essential, then it is impossible to move beyond to what is non-essential.

Where is charity in all of this? Where is love? Thankfully for us Christians, Jesus answered what is MOST important for all people of faith, and I will extend this decree to all people of faith…and not just Christians. What is most important, what is essential, is this: that you LOVE God with all of your being, and that you LOVE your neighbor as yourself. For Jesus, those two commands summed up all of the laws of Judaism and were what was essential to that religion. As such, that is what is essential for Christians as well, and be hard pressed not to see that as essential for all people, regardless of faith. If we all were more unified in our LOVE of God, as opposed to our LOVE of OUR IDEA OF GOD, and if we were all unified in our LOVE OF NEIGHBOR, then we would find out that the non-essentials would fade away and that CHARITY would rule the day. This is what we, as beings created in the image of God, are called to do…to LOVE and to never cease in that LOVE.

“So don’t make judgments about anyone ahead of time—before the Lord returns. For He will bring our darkest secrets to light and will reveal our private motives. Then God will give to each one whatever praise is due.” Paul of Tarsus, (1 Corinthians 4:5)

Lord, give me the grace to be graceful and give me peace enough in my own beliefs so that I do not feel threatened by the beliefs of others.  In you, I am secure. Fill me with your love so that I may, in turn, love others. Amen.