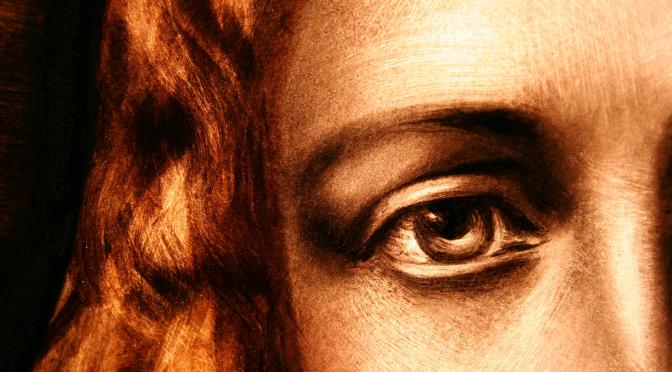 ALSO IN SCRIPTURE
“He replied, ‘My mother and brothers are those who listen to God’s word and do it.’” (Matthew Luke 20:9-19 CEB) 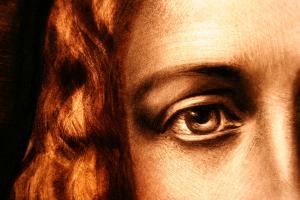 If I were to walk into any given church, or up to any random person, and ask them what the heart of the Gospel message is, I would more than like receive something like the following: “The Gospel message is that God sent his one and only Son, Jesus Christ, into the world so that he could be the perfect sacrifice for our sins. Because Jesus was perfect and without sin, he became the spotless lamb led to the slaughter in order that he may die the death we deserve in order that those who believe in him might be atoned to God and saved.” This is the, in essence, the modern, popular Christian understanding of the heart of the Christian Gospel. Jesus came to die so that we might live.

Yet,  when you read the Gospels themselves, we find that Jesus dying as a sacrifice for our sins is just a part of the Gospel story. It is not the whole of it. Yes, Jesus’ death and resurrection are vitally important to Christian theology, Christology, and the Gospel message; however, only so when it is told in the context of the other components that we find in the Gospel. When those components are missing, what we end up is with a skewed, inaccurate portrait of the purpose of Jesus of Nazareth, as well as a skewed and inaccurate portrait of God’s purpose for sending Jesus, the Christ.

While it is certainly true that Jesus’ death and resurrection has brought about salvific and transformative atonement from our sins, to only tell that part of the story does an injustice to the life and the teachings of the Christ. In fact, it not only does a disservice, but it completely ignores Jesus’ life and teachings altogether, as if they are simply secondary and/or non-important. Yet, was Jesus’ life and teachings trivial? Was his life and teachings secondary, just a necessary back-story to his ultimate death and resurrection? If that is the case, if Jesus’ teachings are trivial and secondary to the work of salvation in the world, then why go down the route of teaching and preaching at all. The Gospel writers could have simply just had Jesus proclaim that his the messiah and the son of God, have people reject that, have him crucified, died, buried, resurrected and be done with it.

But that is not what the Gospel writers did. Rather, they included the whole of Jesus’ life and they dedicated most of their time on Jesus’ teachings. For them, the person of Jesus of Nazareth and his teachings were both as integral to God’s salvation plan as his death and resurrection were. Jesus came, not to die, but to bring TRUE LIFE into the world. To show them what God means by LOVING GOD and NEIGHBOR. Jesus came to set the example and to personally deliver the beginnings of God’s reign in the world. But, like Jesus’ own parable of the wicked tenants suggests, some of those in the world to whom the father sent the son (e.g. the Romans, the politicians, some of the religious leaders, etc.), rejected his identity, as well as his authority, and tried to eliminate him.

That plot, though, ultimately failed; rather, what happened was that God made the greatest good EVER come out of both the life and the death of Jesus. Instead of remaining dead, Jesus resurrected and now sits in power and authority in a complete union with God. Those who believe in him have found the power of redemption, as well as the transformative presence of the Holy Spirit and the perfecting grace of God in their lives. They are not saved, but are transformed and are living out their FAITH in real and tangible ways.

The challenge for us is this, don’t be misled by a lopsided and misguided Gospel. Jesus wasn’t born merely to die. What kind of God would scheme up that kind of plan? Rather, Jesus was born so the he might LIVE in the world and that through him we might attain TRUE LIFE. Even in the face of evil, and even when finding himself in the valley of the shadow of death, Jesus perservered and triumphed over death because in him was a presence greater than death…the very presence of GOD. Through our belief in Christ, through our following his example as detailed in the Gospel, and through his death and resurrection, we have found REDEMPTION and have been placed on the narrow path that leads to life. Let’s start walking it.

THOUGHT OF THE DAY
“We cannot have the fruits of the gospel without its roots.” – Joseph B. Wirthlin
PRAYER
Lord, I open my heart to the truth of your Gospel. Perfect me in it and set me a part a witness to its power. Amen.