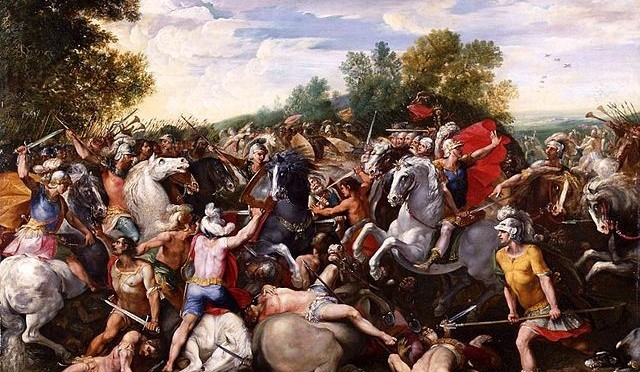 ALSO IN SCRIPTURE
“Now in those days Israel had no king.” (Judges 18:1a) 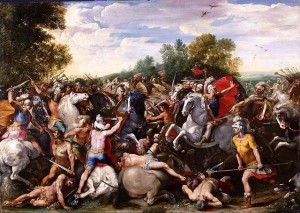 Part 37: Lawless. The story of Micah and the Levite is like a story out of the wild, wild west. Do you know what I mean? It is the story of utter and complete lawlessness. It was an “anything goes” kind of time. In fact, in Judges 17:6, the author wrote, “In those days Israel had no king; all the people did whatever seemed right in their own eyes.”

This declaration came right amid a story of a son, named Micah, who stole money from his mother. As soon as he heard that she had prayed for God to curse the thief, he told his mother that he was the one who stole the money, and then he returned to her.  She then blessed him and took some of the silver coins and had it fashioned into an idol for them to worship. It is important to note that Micah and his mother were from the tribe of Ephraim.

Micah eventually had a Levite stop by his house and offered the Levite money and a paid job acting as his family priest. The Levites, like the Ephraimites, were another of the twelve tribes of Israel. This tribe was established to be the priestly tribe, who were charged under Moses to be the tribe that kept the people straight with God; however, this Levite decided to take the offer to be the paid family priest of an idol worshiper.

Later, people from the tribe of Dan came by Micah’s house and saw the treasurer it had in it: namely the idols made from silver. They went back to the people of their tribe, another of the twelve tribes of Israel, and brought back a small army to Micah’s house. Upon arrival, they stole all of Micah’s idols and told the priest that they would pay him to come back with them. So, he took the offer and went with them.

As you can see, there is nothing but lawlessness going on here in this story. First, if it wasn’t already noticeable, the characters are all Israelites. Second, they are warring and stealing from each other. They are made up people who know better but do what is wrong anyway. What we have here is a story about thieving sons, warring sects, idolatrous priests, and a people who have completely abandoned God.

Israel was supposed to be a people set apart as a witness of the love of God and, instead, became a people ruled and controlled by sin. Over and over, the Israelites would go from redeemed to fallen and back again. Yet, God did not abandon the people. The truth is, these people are no different than us. I hope this becomes self-evident. We are a people called to be set apart as witnesses of God’s unconditional love, yet we often fall short of that. The good news is, no matter how we might try to short change God in our commitment, God never, ever, short-changes us!

THOUGHT OF THE DAY
We can be free from God and imprisoned by our sins, or we can be bound to God and freed from our sins.

PRAYER
Lord, forgive me, a sinner. I submit my life to you and follow your lead. Amen.