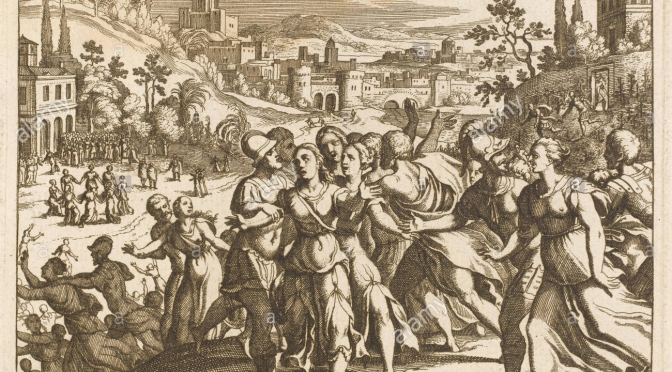 ALSO IN SCRIPTURE
“For everyone has sinned; we all fall short of God’s glorious standard.” (Romans 3:23 NLT) 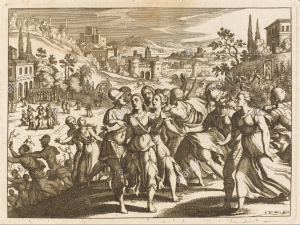 Part 38: The Levite. This is one of those rare instances that a male character is not named in the Bible. While this is not uncommon for minor women characters, most of the male subjects in the Biblical stories are named and, when they are not, it is usually because they are just THAT bad. Like Harry Potter, such people are “they who shall not be named.” Pharaoh is one such character who is only known by his title and role in Egypt.

The Levite in Judges 19 is another one of those characters and, quite honestly, his story is that of a horror story. It is a macabre fest filled with stuff that would send Stephen King running away in sheer fright, and would send shivers down the spine of Edgar Allan Poe. The story is repulsive, twisted, and completely random. It is also one of those texts that have people up in arms over the “violence” in the Bible.

Prior to dealing with the story, we need to first understand what a Levite is. If you recall, many devotions back, we discussed Jacob/Israel and his 12 sons (not counting Joseph) who became the 12 tribes of Israel. Levi was one of those 12 sons and his tribe. Out of that tribe descended Aaron, brother of Moses, who became the first “high priest”. From that point forward, all “levites” were dedicated to the priesthood and were set apart for leading the Israelites in worshiping the God of Israel.

So, it is important for you to realize that this unnamed “Levite” is a priest. This priest, while traveling, takes a woman to be his concubine or mistress. That sounds priestly, doesn’t it? Upon traveling home, the priest decides to stop off at a town along the way called Gibeah. While there, an old man invited them in to stay at his home; however, trouble was brewing and what happens next is sure to curdle the blood at the very thought.

The townspeople formed a mob and came to the house of the old man, demanding that he hand over the priest so that they could rape him. This narrative is not all that different than what happened to Lot and his family. Refusing to do so, the old man instead offered the mob his own virgin daughter and his guest’s mistress, so that they could rape them instead. For raping the priest would be “evil.”

The mob wanted none of that. So, Levite (out of what I can only imagine was fear) pushed his mistress out the door and toward the mob. The author than writes, “The men of the town abused her all night, taking turns raping her until morning. Finally, at dawn they let her go” (Judges 19:25 NLT). How horrifying, right? How can a priest, a person of God, do such a cowardly and terrible act?

Well, that is not the worst of the story. At daybreak, the raped and battered woman returned the priest, who found her unconscious at the doorstep. He commanded her to get up and get going (as they were going to continue traveling onward), but she did not respond. So, he put her body up on his donkey and brought her home. Once he arrived, he butchered her body into twelve pieces and then sent a piece of her body to each of the twelve tribes of Israel. Who knows if the woman was dead already or not, as the text never specifies.

This is a truly gruesome and greuling narrative. Apart from those who have seriously read the Bible, it is unlikely most Christians even know it is in there. Yet there it is, in black and white. Again, I want to remind you, the reader, that this man was a priest. He was supposed to be a representative of God, yet he chose to save himself and the household he was staying in by sending his concubine out to be raped and battered.

I am not sure what the point of this story was, except perhaps to remind the reader of just how sinful people had gotten and how society was pushing closer and closer to the need of a “just ruler” who would keep the peace and execute justice throughout the land. This story reminds us that we live in a cruel and broken world; honestly, not even pastors or other Christian leaders are immune to the reality of sin and evil. Christians, leaders or not, are prone to sin and fall short of God’s glorious standard, just like the rest of humanity. Let us reflect on that, on our own propensity to sin and put ourselves first. Then let us turn to God in humility and penitent heart.

THOUGHT OF THE DAY
“Sin is too stupid to see beyond itself.” – Alfred Lord Tennyson

PRAYER
Lord, have mercy on me a sinner. Create in me a clean heart and renew a right spirit within me. Amen.