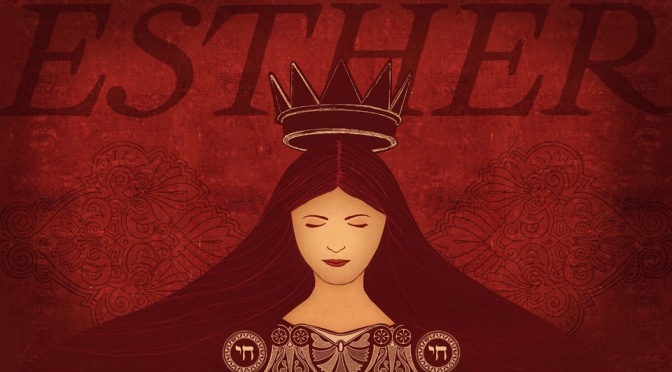 “Mordecai sent this reply to Esther: “Don’t think for a moment that because you’re in the palace you will escape when all other Jews are killed. If you keep quiet at a time like this, deliverance and relief for the Jews will arise from some other place, but you and your relatives will die. Who knows if perhaps you were made queen for just such a time as this?” (Esther‬ ‭4:13-14‬ ‭NLT‬‬)

Part 113: Esther. We have, up to this point, spent quite a bit of time looking at the Jewish people, their leadership, their priests and their prophets who returned to Jerusalem following Cyrus’ decree that they were no longer exiled and could return home. While many certainly did return, in waves as has been stated in previous installments of this series, the reality is that many also chose NOT to leave.

Think about this for a minute. How many of you have had to move? Following moving, following settling in and creating a new home for yourselves, did you feel like uprooting once again? What’s more, many of the Jews living at the time of Cyrus had been born in Babylon/Persia and that was the only home they had ever known. Persia WAS their home, why would they wish to return?

This is the reality that we come upon in the Book of Esther, which is a narrative centered on a diaspora Jewish girl who became Queen of Persia. Before we get into the nitty gritty of this story, it is important to note that this is the ONLY book in the entire Bible that does not explicitly mention God. There is, in fact, no mention of God at all, but it can be presumed a belief of God is implicit in the story and the actions of Esther and Mordecai.

Esther was born in Persia as Hadassahm, a Jewish girl in a fairly well-off family. As a young woman, perhaps as young as 14 years old, she was taken from her home and from her cousin Mordecai (who had adopted as his own daughter when her parents died) and brought to King Ahasuerus’ palace to live in his harem as a sex slave with benefits. What were the “benefits”, you might be asking? Simply put, if she was found to be super “pleasing” to the king, she could get picked to be his queen. Yay, right?

Hold your horses, for this is not as “awesome” as it might sound. First off, a Jewish girl losing her virginity pre-marriage would have been shameful to her and her family. That act would have defiled her and forced her to break the covenant between her and God. Secondly, if she were to be picked as queen, she would not rule equally with the king. The queen’s job was to be the king’s plaything and to be an appendage of his at public functions whenever he demanded. That’s about it. Oh, wait, of course there was one other function: to bare the king a male heir.

She would be taken care of and could have whatever the king afforded her; however, it would come a very steep cost, one that Hadassah would have wished she didn’t have to pay. But she wasn’t so lucky and she went to live with the king, taking on the Persian name Esther so that the king would not know she was Jewish. She hoped that would give her a better chance to be married, which would at least give her back some of her honor.

I recently heard podcast hosts criticize Esther saying that she should not be looked up to as a role modely because of her “immoral” character. In fact, they likened her to Stormy Daniels. This, of course, has to do with the fact that she lived in a harem and had premarital sex with another man. Let me just say that this is horrendous theology. She was no more immoral than Daniel was for serving the Babylonian king. Neither of them had a choice. What’s more, implicit to the story is the fact that God (again, not explicitly mentioned in the narrative) gave her the strength and the courage to overcome her terrible circumstance and become the savior of her people.

So, back to the narrative. Esther did find favor with the king and was picked to be his king. Overtime, however, he bored with her and didn’t call her to be in his presence very frequently. During this period of isolation, her uncle contacted her and informed her of a plot by Haman, the King’s advisor, to commit genocide against the Jews. He wanted to kill them all. Though hesitant at first, Mordecai convinced Esther to do the right thing and go before the king unannounced, an act that could have gotten her killed as it was illegal to be in the king’s presence without being invited. Esther did just that and, to sum it up quickly, she was able to inform the king of the plot.

Esther, like the rest of us, was afraid to act and hesitated. Even if it was momentary, it was a moment that showed her humanity and her fear of the unknown. That makes her relateable to us as we fear to do the right thing. How many of us stay silent against wrongdoing, for fear that we might get caught up in a conflict? How many of us fear “stirring the pot” and calling the status quo into question because it could backfire in our faces? Let Esther be a reminder that we can AND SHOULD overcome such fear and trust that God is calling us for such a time as this.

Remember, “for such a time as this” we are where we are, being asked by God to do what is right.

Holy Lord, while you don’t put bad circumstances upon us, you do ask us and strengthen us to do what is right when those circumstances arise. Give me the strength to rise up to righteousness. Amen.