ALSO IN SCRIPTURE
“When Mattathias saw it, he burned with zeal and his heart was stirred. He gave vent to righteous anger; he ran and killed him on the altar.”  (1 Maccabees 2:24 NRSV) 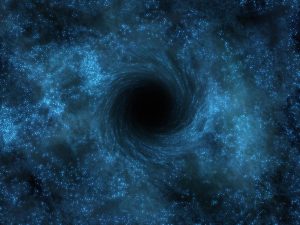 Part 119: The Silent Years. And like that we have reached the end of the Old Testament. Having journeyed from Creation in Genesis to the final prophet Malachi, we have gotten to see the people God claimed as his own and how they did, and often times did not, live up to God’s call to faithfulness. The reality is that each of the people we have learned about were just that people. They were mortal, fallible, sinful, and sometimes they did downright evil things.

In between the books of Malachi (in the Old Testament) and Matthew (in the New Testament) is a time period known as “the Silent Years” because the Bible is silent on what happened in those periods. Well, the Bible was not really silent at all, rather it was silenced. Many books were written during this time period and those have become known as the “apocrypha”. These are the books that Rev. Martin Luther mistakenly believed the Roman Catholic Church was responsible for placing them in the Bible to begin with.

While there is a whole history behind the compiling of the Bible, and I do not have time to go into it here, the books of the Apocrypha (a word that originally referred to esoteric writings meant to be kept a secret but has since come to mean writings that are questionable) were books were originally among the scrolls considered to be Scripture. They were included in the first Hebrew Bible compilation known as the Septuagint; however, because that first compilation was in Greek and there were some translation disputes between the Greek translation and the original Hebrew, the apocryphal texts ended up getting removed by Jewish scribes looking to compile a Bible in Hebrew.

Regardless, much happened between Malachi and Matthew. The Greeks ended up defeating the Persians and, with Alexander the Great leading them, conquered the known world. Those Greek rulers, over time, ended up becoming tyrannical and defiled the Second Temple. This led to a revolt by Judah Maccabee and his brothers. The Maccabees, upon kicking out the Greeks, established the Hasmonean Dynasty, which lasted only a short while before the Romans came in, conquered them, and put in place a puppet king known as Herod the Great.

There’s more, where that came from too. The point is that though there is nothing between the books of Malachi and Matthew, there were people who lived, who suffered under the oppressive reigns of multiple tyrannical empires and/or dynasties, and who were hoping that the LORD would once and for all deliver them from outside rulers.

We, of course, never truly have silent years either. Even when we appear to be silent, we are often struggling in the silence. We are being oppressed by our fears, our failures, other people, our governments, our hatred, our bitterness, and plenty of other things. We, too, are longing for the day when the LORD will send the Messiah to us, to liberate us from the chains of bondage. The challenge for us, as it was for the people in those not-so-silent years, is to be willing to embrace the truth of the One who comes to deliver us and to follow him, forsaking all other things but Jesus Christ our Lord and Savior.

THOUGHT OF THE DAY
“Therefore, God elevated him to the place of highest honor and gave him the name above all other names, that at the name of Jesus every knee should bow, in heaven and on earth and under the earth, and every tongue declare that Jesus Christ is Lord, to the glory of God the Father.”  – St. Paul (Philippians 2:9-11)

PRAYER
Lord, draw me close to you so that I may never wander and always praise you with both my lips and my heart. Amen.