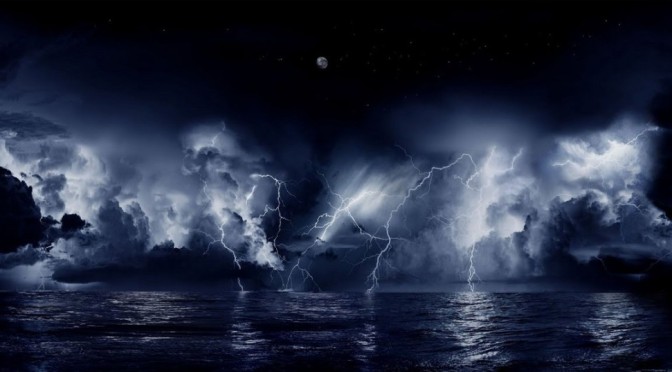 ALSO IN SCRIPTURE
“Then James and John, the sons of Zebedee, came over and spoke to him. ‘Teacher,’ they said, ‘we want you to do us a favor…when you sit on your glorious throne, we want to sit in places of honor next to you, one on your right and the other on your left.’”  (Mark 10:35, 37, NLT)

Part 167: Boanerges. So far, we’ve learned a little more about Simon Peter and his brother Andrew. We learned that Simon was an uneducated fisherman who had a loud mouth and a tendency to make rash decisions. He was close to getting who Jesus’ true identity; however, he never quite got to that ultimate understanding during Jesus’ lifetime. We also learn that his brother Andrew, also and uneducated fisherman, was passionate about bringing people to Jesus. With that said, he found it hard to put his faith fully in Jesus’ ability. He often let circumstances smother the passionate faith he had for Christ.

This bring us to Boanerges, which is a Greek phrase that translates to English as, “sons of thunder.” The Greek is a slight mistranslation from the Hebrew phrase, bənē reghesh, which translates in English as “sons of rage”. This was the nickname that Jesus gave to the brothers James and John, sons of Zebedee. Both James and John were called by Jesus to be disciples around the same time as Peter and Andrew. Both of them, like Peter and Andrew, were fisherman. In fact, we know that the sons of thunder were working in their father Zebedee’s fishing business.

We don’t know a whole lot about James; however, we do know that he was among the inner circle of disciples who were closest to Jesus. He witnessed the Transfiguration and he was in the Garden of Gethsemane with Jesus while prayed for God to spare his life. Wherever Jesus went, James was sure to follow.

The same is true about John who, like his brother, was among the inner circle of disciples. He has traditionally been identified as the beloved disciple that wrote the Gospel of John (so named because of this attribution). Most modern scholars do not believe John authored the fourth Gospel; however, his importance and influence in the early church cannot be disputed. In fact, John was named as one of the “pillars” of the Jerusalem Church mentioned in the Acts of the Apostles and referenced in Paul’s letter to the Galatians.

With all of that said, Jesus’ nicknamed James and John as the sons of rage or the sons of thunder. This is an an indication that these two where known for their fiery ambition and tempers. In Mark 10:35-45, the two brothers approached Jesus in order to petition for themselves to be in the places of honor (and power) next to Jesus when he assumed control of his kingdom. Thinking that he was the military messiah who would overthrow the Romans and restore Israel to her former glory, the Sons of Thunder were vying for power. This set them at odds with the rest of the disciples, who quickly grew angry and annoyed with the two.

Also, when Jesus and his disciples were not welcomed by Samaritan villagers, James and John both turned to Jesus and asked if him if he wanted them to “command fire to come down from heaven and consume [the villagers]”. In both cases, Jesus sternly rebuked the Sons of Thunder” for their scheming ambition and fiery tempers. These two, as passionate and devoted as they were, were far from being the perfect followers in Christ.

The same is true for us. Each and every one of us, just like the twelve disciples, come to Jesus with our strengths as well as our shortcomings. Perhaps anger and ambition are things that you struggle with or, perhaps, you are like the other disciples who grow short-tempered with those who are ambitious and short-tempered. On either end of that, Jesus rebukes the sin in us and calls us to deeper and more committed discipleship. The challenge for us is to heed Jesus’ call.

THOUGHT OF THE DAY
Great ambition is the passion of a great character. Those endowed with it may perform very good or very bad acts. All depends on the principles which direct them.” – Napoleon Bonaparte

PRAYER
Lord, help me to quell the part of me that seeks to derail the path you’ve set me on. Help me overcome my weaknesses and grow in my strengths. Amen.