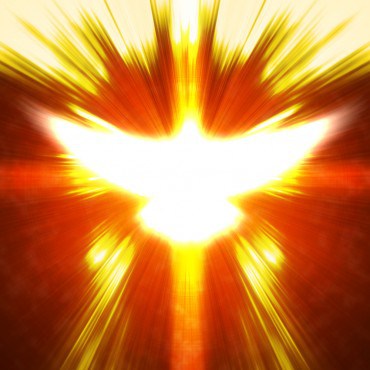 ALSO IN SCRIPTURE
“But you have been anointed by the Holy One, and all of you have knowledge.” (1 John 2:20, NRSV)

Recently, a fellow colleague and friend of mine got into a conversation about the scripture passage I was preaching on at the church that I serve. The passage is Luke 4:14-21 and is on Jesus’ first recorded visit to the synagogue in Nazareth following his baptism and wilderness experience. In that passage, Jesus is handed the scroll of Isaiah and he opens it up to the following passage: “The Spirit of the LORD is upon Me, for He has anointed Me to bring Good News to the poor. He has sent Me to proclaim that captives will be released, that the blind will see, that the oppressed will be set free, and that the time of the LORD’s favor has come.” Inspired by the conversation, I have decided to devote a series of devotions on this particular passage, which has become known as “The Christian Manifesto”.

When we think of the word anointed, a couple things come to mind. The annointing of the sick and the dying comes to mind, as does the annointing of kings and rulers of nations and empires. Perhaps the most common thing that comes to mind when we hear of anointing is connected to that latter concept, in that we think of Jesus who is the Christ, or the annointed one, and who is the King of kings and Lord of Lords. We think of Jesus’ baptism in the water of the Jordan River and his anointing by the Holy Spirit following that baptism. We think of the one who was anointed both King and Savior of the world, the one who humbled himself to a lowly status and lived a life of compassion and love, the one who was betrayed, tortured, and crucified. We think of the one who, ultimately, was raised to life again after three long days of laying dead in a dark, cold tomb.

Thus, when we hear Jesus read the words, “The Spirit of the Lord is upon me, for the LORD has anointed me…”, it comes as no surprise to us. We often think of them as Jesus’ own words and/or as words that were written with Jesus in mind. To some extent this is true in that the one who wrote these words, was inspired by God to do so and that Jesus’ certainly did fulfill those words in such a way that they have forever since been seen as a prophecy pointing toward Jesus’ coming. Yet, that is only part of the truth. The author of Isaiah 61 was writing this to the people of his day and age. This author sees himself as having been anointed by God to bring the good news that one day God would put an end to the injustices of the world, that God would end all oppression, and that the day of the LORD was soon to arrive.

In other words, this passage was written both as a present proclamation in the time of the prophet who wrote it, as well as future prophecy of the coming of God’s Kingdom on Earth! Jesus’ selection of this particular passage, therefore, is definitely not accidental. Jesus saw himself and his ministry as the outset of the coming of God’s Kingdom. He saw himself as the long awaited Messiah, as the deliverer of all who were oppressed, as igniter of God’s justice and the genesis of the age to come. With that said, Jesus did not see himself in a one player game, where he was some sort of rogue agent of God doing all of the work by himself. This is clear from the beginning, when Jesus hand-selected twelve people to shadow him and to learn how to continue the work once he was gone. From those twelve, who represented the twelve tribes of Israel, the Jesus movement (now known as Christianity) exploded onto the scene in a way that literally rocked the known world and ended up too much for even the Roman Empire to contain.

What’s important to note here is that while is certainly anointed by God as the Christ, we are anointed by God through the Christ who hand-chose us as his disciples. Christ has sent us the Holy Spirit, in whom we are anointed and in whom we are being sanctified. What’s more, like he did with his disciples, he appoints us as his apostles (messengers/delegates) in the world, meaning that we are sent out as representatives of Christ and the coming Kingdom. This is very much a part of the Christian Manifesto: that all Christians are anointed by the Holy Spirit, through Christ, to continue doing what Christ was anointed to do! May you come to not only understand this, but to acknowledge it and live it out in the name of our Lord Jesus Christ.