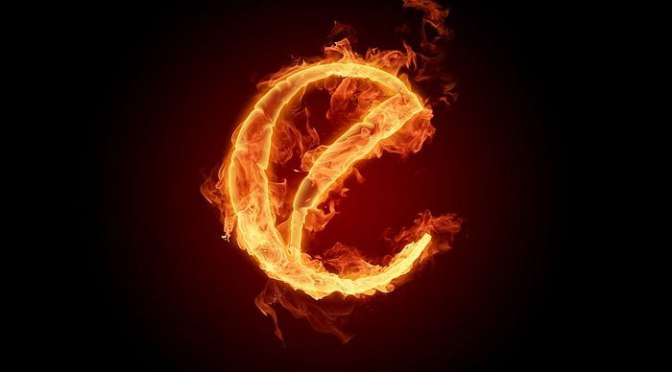 ALSO IN SCRIPTURE
“For the sinful nature is always hostile to God. It never did obey God’s laws, and it never will.” (Romans 8:7 NLT)

In his letter to the church in Galatia, the Apostle Paul is writing to a community that is divided over the issue of male circumcision: should new Gentile followers of Jesus be counted as a part of the Jewish covenant without being circumcised, or should they have to be circumcised just as all of the Jews are circumcised. Being that Christianity at the time wasn’t a religion, but a sect of Judaism, this was a VITALLY IMPORTANT question. While Paul is opposed to making Gentiles be circumcised, he also is against divisive behavior regardless of which side it is coming from. In response to this division, Paul describes to the Galatian church what he calls, “the works of the flesh.”

WORKS OF THE FLESH: Enmity. I just got done watching the film, “Selma”, which was about Rev. Dr. Martin Luther King, Jr.’s Selma to Montgomery Marches in 1965. The film starts off with the 16th Street Baptist Church Bombing, where four innocent Christian girls were literally blown to bits by a bomb planted by four Ku Klux Klansmen. This evil, tragic, and horrific event caused an outrage in the public that aided the cause of Dr. King and those seeking equal voting rights for the black community. Segregation laws and and other local laws often prevented those who were black from being able to vote, though they technically had the right.

When looking back on the civil rights movement, and even looking at the racial divide in the country today, I can’t help but think of the word enmity. Enmity is a state of being actively hostile and/or opposed to someone or some group. Looking at our government, some politicians, its laws, and a system that favors some over others, it is easy to see that in many cases our system has embodied enmity. Sure, it has improved over the years and a lot of change to it has occurred rather quickly. With that said, many of the changes have been peripheral and not systemic. We have changed it so that all people of all colors can vote; however, in order to be a candidate one must have a ton of money and financial backing in order to have even a remote chance of winning. As a result, such candidates are often far removed from the poor and disenfranchised and are more representative of the privileged (even if they, themselves, don’t intend to be).

The church is notorious for being filled with enmity. While one can see how enmity could creep up into any government, where the rich rule and the poor are ruled, it is hard to imagine how enmity could possibly show its ugly head; however, enmity has unfortunately found a breeding ground in  the body of Christ. Like a cancer it has spread from person to person, from group to group, from congregation to congregation, and from denomination to denomination. The enmity found in Christians have led them to love some and hate others within the church. White Christians have hated and lynched black Christians. Straight Christians have hated and degraded LGTBQ Christians. One committee within a church has found itself opposed to and at odds with another committee. And so it goes on and on like a cancer, spreading and killing the souls of many.

Christ calls us to be rid of enmity. We may not always agree with people, we may not understand them or even want to understand others who are different than us; however, that does not give us an excuse to be hostile and actively opposed to our brothers and sisters in Christ. Remember, Christ is our Lord, and we cannot serve two masters. We will either love the one and hate the other or vice versa. We cannot love Christ and enmity. To bear enmity against anyone is to also bear enmity against God, their creator. So be rid of enmity. Drop your hatred. Let go of your bitterness and let God fill you with eternal, unconditional love.

THOUGHT OF THE DAY
“Enmity means ‘hatred toward, hostility to, or a state of opposition.’ It is the power by which Satan wishes to reign over us.” – Ezra Taft Benson

PRAYER
Lord remove from me any enmity that I may possess within me. Fill me with your eternal, unconditional love. Amen.