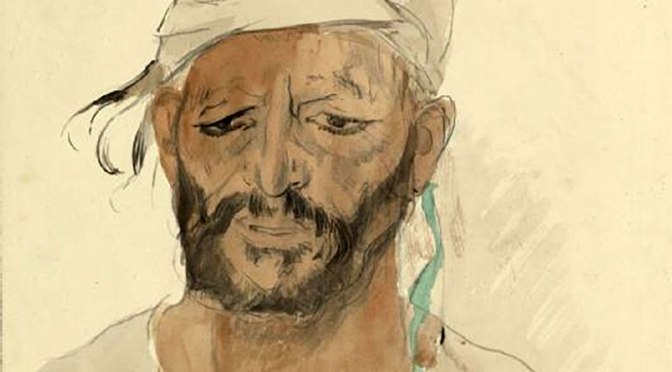 ALSO IN SCRIPTURE “I could destroy you, but the God of your father appeared to me last night and warned me, ‘Leave Jacob alone!’” (Genesis 31:29 NLT)

Part 13: Laban. If I were a betting man, of which I am not, my bet would be that most people are not aware of the character of Laban. My second bet would be that, of those who are aware of Laban’s existence in the Bible, they only are aware of Laban as being the father of Jacob’s favorite wife, Rachel. Again, his is a story where we gloss over details to see the end result and, in doing so, we miss some pretty egregious things.

So, as was just mentioned, Laban was the father of Rachel; however, to get the big picture here we need to do a little genealogy. Laban is son of Bethuel and the brother of Rebekah. Before we go up the family tree, I would like us to head down to the tree’s base, and see who is at its roots. While the genealogy can be tedious to read, it really does play a major part in the narratives being told about God’s people. Bethuel, as it turns out, is a descendent of Shem who was one of Noah’s sons.That means, as Bethuel’s son, Laban was a descendent of Noah through his son Shem.

But now let us look at Rebekah who, as we saw earlier in this series, was the wife of Isaac and the mother of Jacob. Mentioned above, it has been pointed out that Rebekah was Laban’s sister, and Laban was Rachel’s father. If you do the math, you will discover the fact that Jacob comes to his uncle Laban for protection. While there, he falls in love with Laban’s daughter, Rachel, who is HIS COUSIN.

Marriages to cousins are not all that uncommon in human history; however, what is odd about this story is the family dynamics. Laban, as it turns out, is slimy guy who is heading up one very dysfunctional family. Of course, Jacob’s family is no less dysfunctional, but the sliminess of Laban is unparalleled. Jacob turns to Laban for help, but ends up being scammed by his scheming uncle.

Laban’s greeting of Jacob should have been the ultimate red flag. After Jacob told Laban that he had stole his brother Esau’s birthright and was fleeing for his life, Laban embraced him and said, “You really are my flesh and blood.” Long story short, Jacob struck a deal with his uncle to work for him for seven years in order to marry his daughter Rachel. Following the agreement, Laban deceptively married Jacob to his other daughter Leah, and then allowed for him to marry Rachel only if he agreed to work for an additional seven years. Raw deal, right?

Well, the drama went on from there. Laban continued to scheme and con Jacob into serving him in various ways. Over time, Jacob grew weary of his uncle and, conversely, Laban’s attitude began to grow cold toward him. Eventually, Jacob fled from Laban, who in turn chased after him in hot pursuit. He accused Jacob of “stealing his daughters” away from him! He even revealed his desire to “destroy” Jacob, but also revealed that God had come to him in a dream warning him not to lay a finger on his nephew.

Time and time again, these stories shock us when we dig deep and really pay attention at what is going on beneath the surface. Through the character of Laban, we see that God’s People (remember Laban was instrumental in the marriage of his sister Rebekah to Jacob’s father Isaac) are not always aligned with God and that they are not always the best people in the world. It is not their character and integrity that make them God’s people; rather, it is God’s grace that does.

It was God’s grace that gave Jacob the courage to get free from Laban’s control, and it was God’s grace that warned Laban not to harm his nephew. While this story has a somewhat happy ending, not all stories do. This is true for the stories in the Bible, and it is true in our lives as well. Not everyone listen’s to God’s warnings, not everyone follows God’s guidance, and not everyone accepts God’s grace. What makes a person one of God’s people is not whether or not they are perfect. No one is. We are all sinners. But what makes us God’s people or not, is whether or not we accept God’s grace, follow God’s guidance, and change from who we are to who God created us to be. Where do you stand?

THOUGHT OF THE DAY “It is discouraging how many people are shocked by honesty and how few by deceit.” – Noël Coward

PRAYER Lord, for the times I have not followed your guidance, forgive me, I pray. Amen.