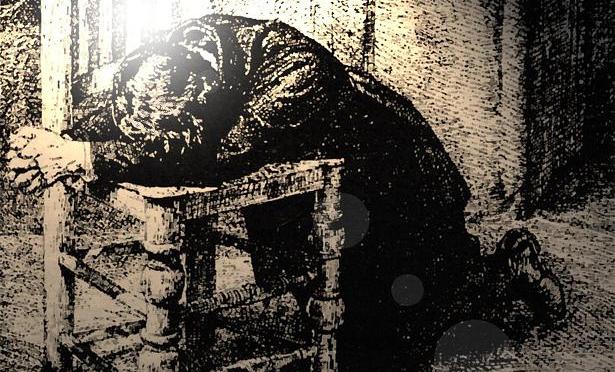 ALSO IN SCRIPTURE
“I—yes, I alone—will blot out your sins for My own sake and will never think of them again.” (Isaiah 43:25, NLT) 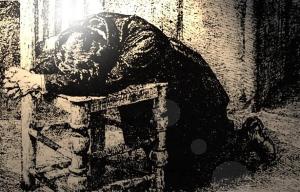 Jeremiah stood there in the midst of the city. Everything had been destroyed and burned to the ground. The houses were smoldering furnaces with smoke billowing to the heavens. Corpses were lying everywhere and the stench of decay filled the air. Jerusalem had her share of sorrows in the past, but they all paled in comparison with the Babylonian seige.

The Temple was in ruins and not one stone remained on top of the other. The holy place of God was a ransacked pile of rubble, laid to waste by the gentile Babylonians. The survivors were left without their Temple, without their homes, without the property, and without anyone of their spiritual leaders. King Zedekiah, his cabinet of advisors, his family, his priests and all of the leaders and their families were all exiled from Jerusalem and taken back to Babylon as spoils of the war. The future of Judah, the future of Jerusalem, were uncertain.

Jeremiah stood there that day, having been released from the prison by order of the Babylonian King Nebuchadnezzar II. He was imprisoned by King Zedekiah for speaking out against the corruption of the King and the king’s government. Nebuchadnezzar had him released because word reached him that there was a prophet who prophesied in Babylon’s favor. Jeremiah stood there, horrified at the site of the utter and complete destruction, and he wept.

But as sad Jeremiah was that day, he was not without hope for he knew that God was not the God of eternal judgment but the God of endless and ever abounding grace! God would not abandon the people of Judah, but would be working to bring them home and to restore them back to the people they were created to be. God would be showing them forgiveness and working toward reconciliation. This was not so just in spirit and in truth, but through the leadership of those who were still open to God’s wisdom and guidance; through the leadership of people like Jeremiah and those who followed him.

What is important for us to gather from Jeremiah and the destruction of Jerusalem by the Babylonians is that GOD is not the GOD OF WRATH, but the GOD OF GRACE. When looking at the wrath of God, ask yourself this question: Is God reigning wrath down on the people? Even if it is being articulated that way by the Biblical authors, is that really what is going on? Or is the wrath of God, properly speaking, the natural consequences to the evil that people perpetuate? People may get away with being wicked for so long, but eventually (as the phrase suggests), “every dog has its day.”

What’s even more important to glean from this narrative, is that while we do often bring the wrath of our actions down upon our heads, God never gives up hope on us. God is always forgiving us, always working to restore us back to a place of righteousness, and always working to reconcile us with God and with our neighbor. In wrath, in the natural consequences of our sinful and evil actions, there is still GREAT HOPE. Today’s challenge is to see the hope in the consequences we, and the world, are facing today and to begin to be God’s mouthpiece for the proclamation of the Good News of God’s reconciliation and restoration!

THOUGHT OF THE DAY
“The work of community, love, reconciliation, restoration is the work we cannot leave up to politicians. This is the work we are all called to do.” – Shane Claiborne

PRAYER
Lord, help me to not only seek justice, but to seek reconciliation for myself and for others. Amen.